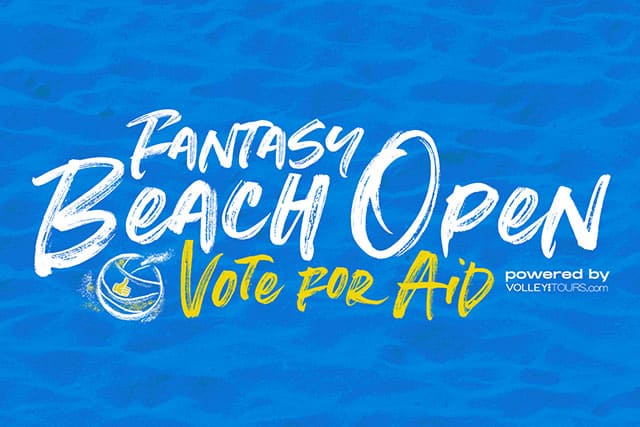 The first beach volleyball tournament for the summer

Are you rubbing your eyes in surprise, that next Thursday the top international teams will play their first tournament of the season? It's curfew and Corona after all!

Don't worry, because at Fantasy Beach Open nobody is at risk. The professionals only bump, set and spike online and for a good cause. The tournament is only available on our Instagram and Facebook. However, it is still viewed as a real world series event. The German Volleyball Federation officially sends their teams and the teams fight for points and progress in the tournament tree. The fans decide who moves forward. The winner is whoever received the most votes in the 24 hours after kickoff. This means that the players will have to do their best to convince their followers and fans that they deserve your vote!

The goal is clear: The winner not only has a week of free training camp at Sunsation Beach, but also minimum € 1 000 prize money to donate to their favorite charity organization or project. Vote for Aid!

So make a fat mark in your calendar for the 30.04.2020, because that's when we kickoff the first group of matches! All information about the tournament can also be found at www.volleytours.com/fantasy-beach-open.