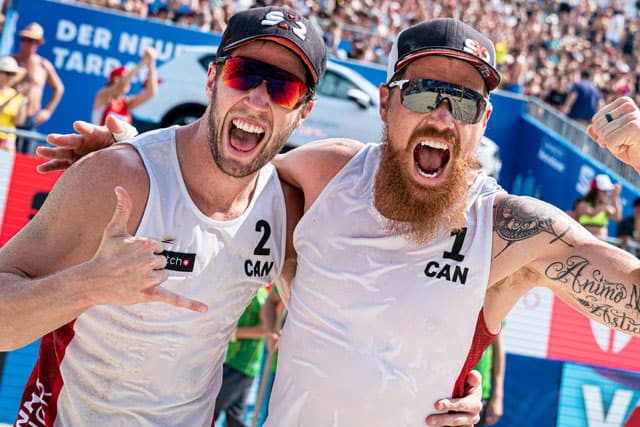 As soon as the invitations were sent out, the first confirmation from Canada for the Fantasy Beach Open dropped in. Samuel Pedlow announced his participation less than 30 minutes after learning about the tournament. When asked whether he would like to play at the beach volleyball event for a good cause and the € 1,000 donation, he replied in a typically relaxed Canadian style, "Hey Buddy. For sure! ".

The 32-year-old Pedlow, from Toronto, is currently number 24 in the world rankings with his partner Sam Schachter. Most recently, the two had attracted attention with a 4th place at the World Series Tournament in China and were clearly on the Olympic course. Now, like all other players, the 2017 World Cup Ninth has been overtaken by the Corona crisis. “I can imagine that tournaments will be played in the United States over the summer. Sometimes they are really crazy. In Texas, many still consider Corona as a joke. Here in Canada there'll be no beach events this summer, but I don't care. I'll still put my training doze in the backyard, twice a day. Many players won't be fit after the crisis, but I sure will."

His first show of strength comes earlier than expected at the Fantasy Beach Open, which starts on Thursday. We are already looking forward to their team perform.