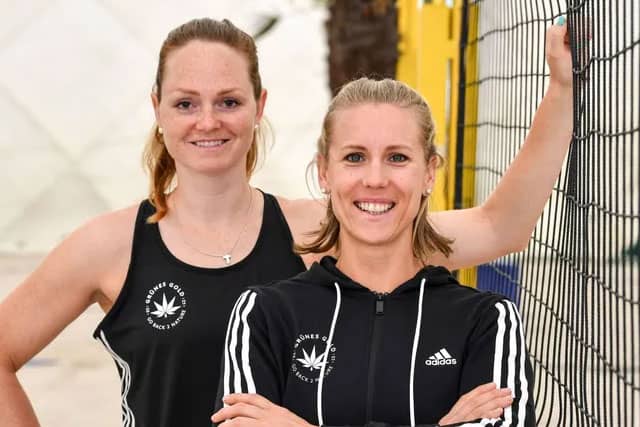 German Champions 2019, Borger/Sude are in!

The German women's national team Borger/Sude is also starting in the Fantasy Beach Open. The players are already looking forward to their participation. Karla Borger is already preparing for the games with several sessions a week in the weight room in Stuttgart, while Julia Sude is currently putting in extra sessions with her team coach in her backyard. Both are looking forward to being in the sand again soon and gaining some competition experience. Their team manager, Contantin Adam added: "To win this tournament is the first real goal we have had in weeks. Since after the Olympic Games were canceled, this is one of the most important milestones for us. The gold medal at the Fantasy Beach Open would give us some respect from the other teams and that can be an advantage for us for the rest of the season. So we take the preparation seriously. Even I go jogging, several times a day, to avoid getting out of breath too quickly during the post-game interviews."

We wish the team a great tournament with many close matches!